Imagine music as ladder & each rung is a note.

Like a ladder, musical notes can only go up or down in pitch.

Let me repeat that a little louder THERE ARE ONLY 12 DIFFERENT NOTES IN MUSIC!!!

In a piece of music we commonly use a selection of notes rather than all 12.

Similar to cooking, you wouldn’t throw all the ingredients

you have in the cupboard in a stir fry, It may not taste great.

Its common to use only a few ingredients in cooking thus

its common to use only 7 of the 12 notes in music.

We call these 7 notes a scale, the most common scale is the major scale.

back to 1 where the scale begins again.

We also number the other 5 notes missing notes.

This is called a chromatic scale, meaning all the notes.

The flat “b” means "lower in pitch"; the flat symbol lowers a note by one rung on the ladder.

The sharp “#” means "higher in pitch"; the sharp symbol raises a note by one rung on the ladder.

Can you see that its beginning to look a bit like a piano?

Hang on let me adjust it for you.

We are nearly there, let me make each rung a piano key & I will keep the numbers.

Just one more change & it will look like a piano!

This is what we call the scale of C major because 1 starts on the letter C on the piano.

But more on that latter. 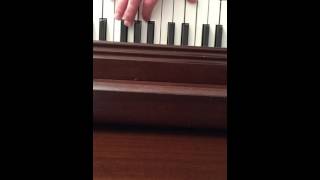 How I over came writers block

How I over came writers block 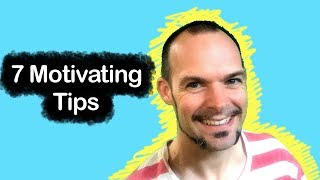 Understanding the sound of the 2nd, 4th & 6th Intervals.

Speeding Up & A Tempo

How to Master Key Signatures, the Easy Way

How Chord Inversions can make playing the piano easier.